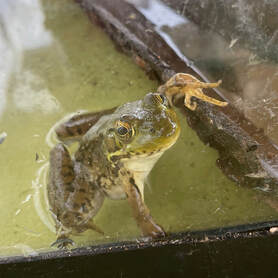 Followers of Stillwaters’ activities have heard a lot about two non-native ‘green’ animals over the years. One, the European green crab, is considered an invasive species because its introduction “does or is likely to cause economic or environmental harm” (National Invasive Species Council). Green crabs have been in the news lately because they are expanding their range into Puget Sound and are a known threat to fisheries and shellfish. The other ‘green’ non-native, the Northern green frog, is not considered invasive in Washington (unlike its larger cousin the American bullfrog) despite having been introduced from eastern North America over 100 years ago. 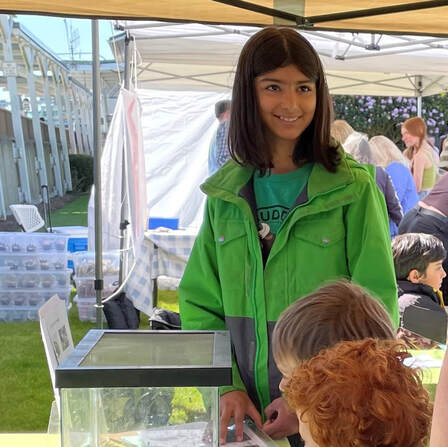 The impact of Northern green frogs on native ecosystems where they’ve been introduced is as not well understood. Thus, Stillwaters has been tracking the growth and spread of the green frog population in Kitsap since they were first discovered in the Carpenter Creek watershed in 2016. This spring, Stillwaters teamed up with 11-year-old Asha Kanda and her family to get the word out in North Kitsap about our interest in hearing from the public about sightings of non-native frogs. With a grant from the National Parks Trust, Asha joined our amphibian monitoring team to learn about native and non-native frogs and helped develop educational materials we shared at a special outreach event at the Kingston Sunday Market in May. During that event, multiple Kingston residents informed us that they had recently discovered invasive bullfrogs in their ponds for the first time. Bullfrogs are common in south and central Kitsap, but we had not received many reports about them north of Poulsbo. 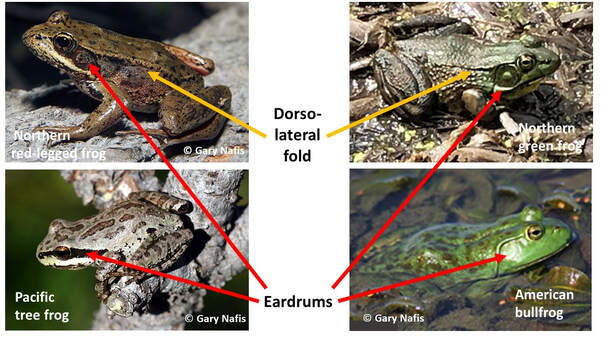 To share reports of both bullfrogs and green frogs, please email melissa@stillwatersenvironmentalcenter.org.

​Click Here to visit our green frog page under the Research tab for more information about how to distinguish (by sight and sound) bullfrogs and green frogs from one another and from native frog species.

Lastly, the new summer issue of the Salish Magazine (online, free!) is devoted to invasive species in our region and includes articles about green frogs (by Program Director Melissa Fleming) and another on green crabs. Check out all the fabulous articles and photos at at https://salishmagazine.org/issue-16/