Green Crab Monitoring continues through August. Pictured below, the Stillwaters' Green Crab Team follows the protocol for the second day - retrieving the traps and collecting data. For each species of crabs found, the team is required to accurately measure ten of each sex, and sex and count the rest. Data is carefully recorded from the six crab traps - three Fukui traps and three Minnow traps. 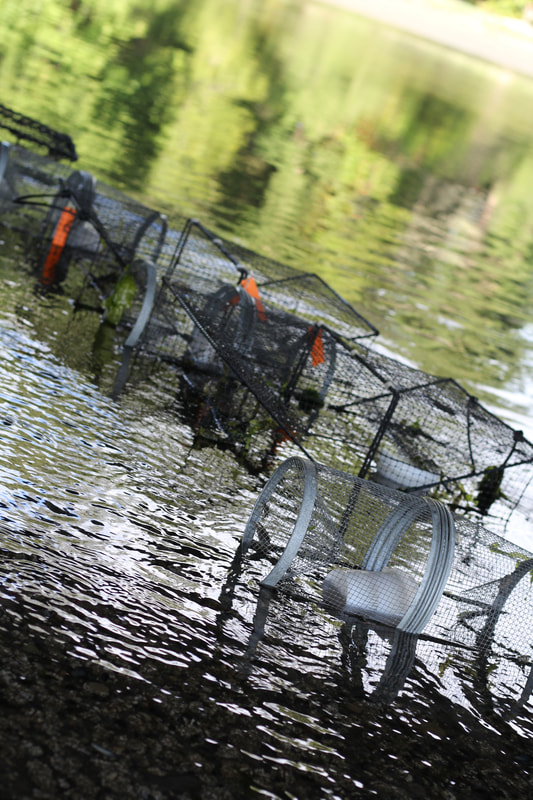 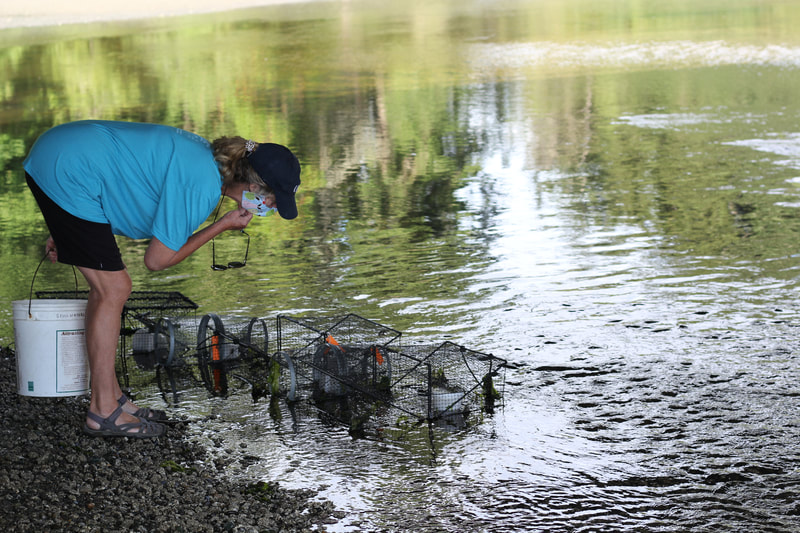 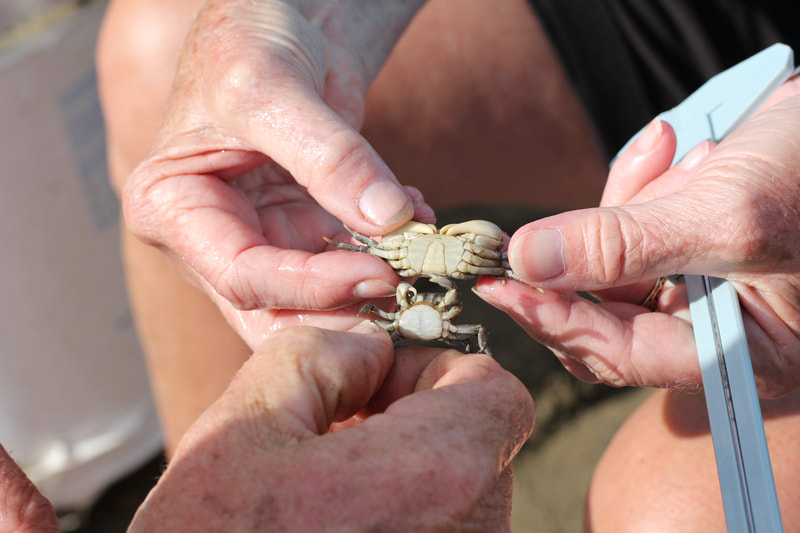 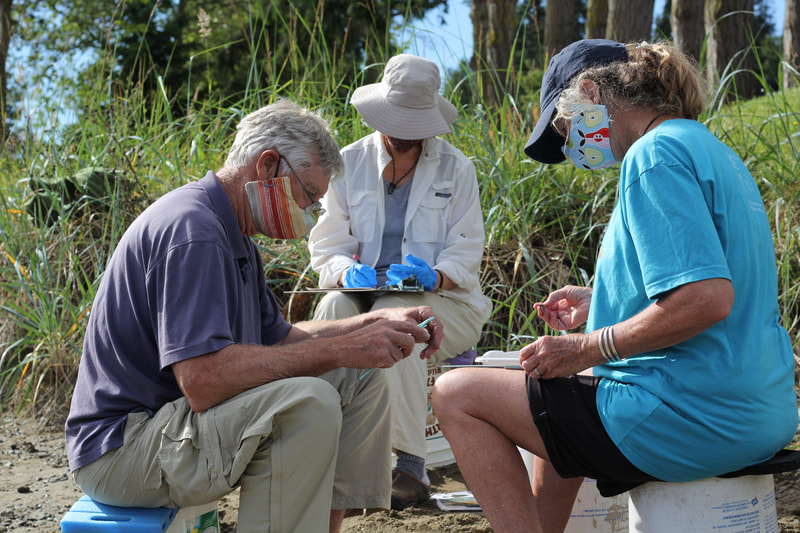 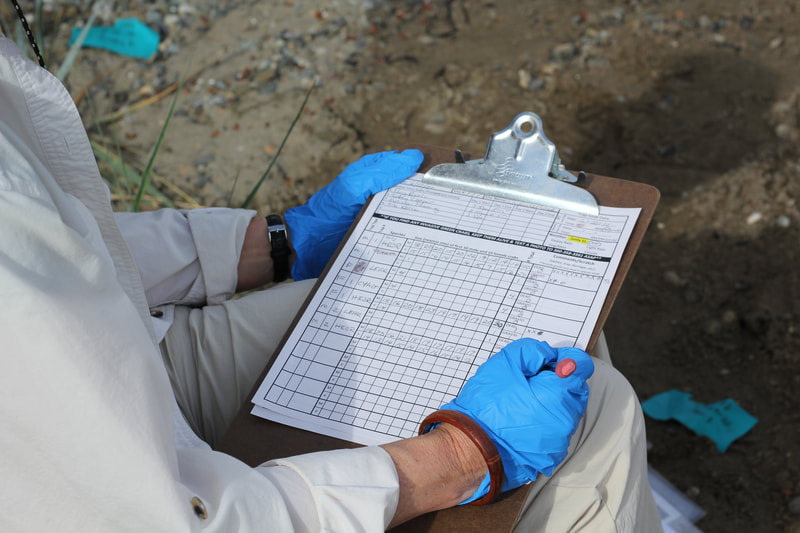 While regular monitoring has been delayed, Stillwaters is one of more than 50 teams mounting a Puget Sound-wide effort in Green Crab Monitoring deemed "essential" by the state of Washington. The European Green Crab is an economically damaging invasive species.

Stillwaters is now in its 5th season of proactive monitoring for Green Crab under the direction of Washington SeaGrant and the WDFW.  Green Crabs are considered among the top 10 worst invasive species worldwide due to the damage they do digging up coastal wetlands and eel grass beds and eating young shellfish.
​
These crabs have established populations on our outer coast from San Francisco to Neah Bay, and in the Strait of Juan de Fuca (Dungeness Spit and Victoria), but had not been found living in Puget Sound proper until the end of the 2019 field season when they were discovered near Bellingham.

​Last July, in addition to monthly monitoring between April and October, Stillwaters volunteers helped conduct an intensive trapping effort that extended from the South Kingston Bridge through the Salt Marsh north of the West Kingston Bridge. Fortunately, there has been no sign of Green Crabs in Kingston as yet, but we are remaining vigilant and setting out traps overnight monthly until September again this year. 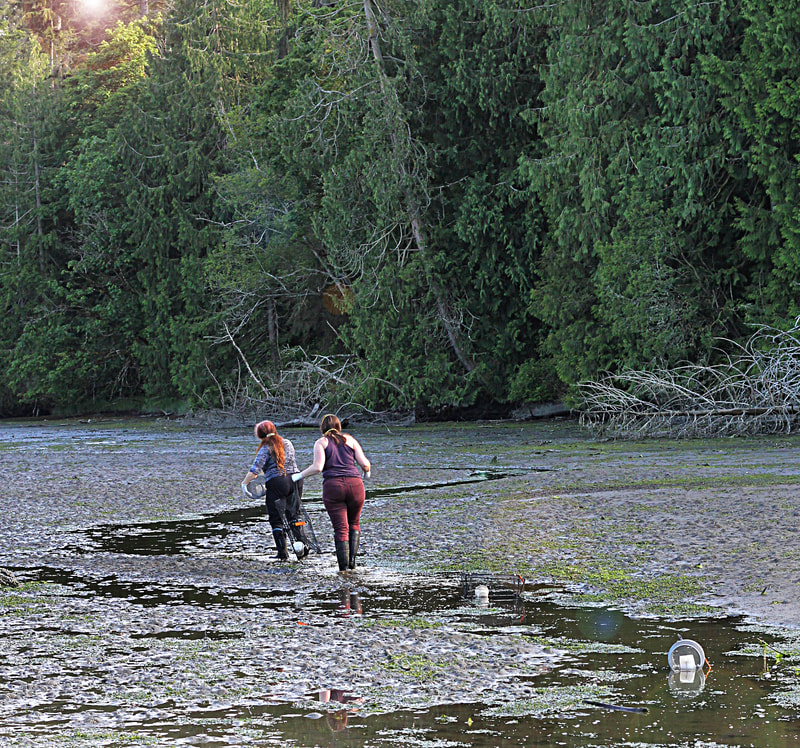