Why donate to Stillwaters?
Testimonials from our donors. 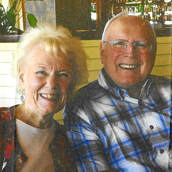 We have proudly supported Stillwaters since it was an idea that Naomi and Jolene told us about many years ago. We gladly joined those who were the first board members for this new organization dedicated to environmentalism on a local level. We have given financially to Stillwaters even before it became a registered 501c3 organization. We will continue to do so.

​Why? It has done what it promised to do. It has educated anyone who would listen about our fragile environment. It has adopted a stream, and in the process, opened it up to Puget Sound. It has worked to remove the old culverts to create a free-flowing stream, thus joining other like-minded organizations dedicated to saving Puget Sound. It developed a volunteer base of people from the Kingston community to monitor that stream and become an example for other groups who wish to do the same. 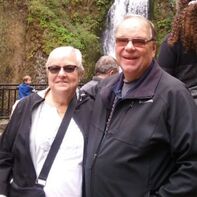 I can send a small amount of support to big organizations - like National Resource Defense Council and Greenpeace - and I do. But what I can send barely amounts to "a drop in the bucket." I can go to an occasional rally and adopt as many power-saving practices as I can afford. But it still seems very small in the face of all that needs to be done.

That's why I am so pleased to be able to support STILLWATERS as a regular monthly donor. I still cannot afford to give very much, but my gift makes much more of a difference in their operational costs. And what I get in return for my gift is so very satisfying! At Stillwaters, you can actually see how nature is being healed and restored! Volunteers do much of the work, and are enriched by the experience, as well as keeping costs low. I consider my contributions to Stillwaters as a way of doing what I can to care for one little corner of Mother Earth. I'm grateful to my sister for introducing me to Stillwaters, as well as being a partner in its support."
- Ron & Jackie Nitz
​   Idaho